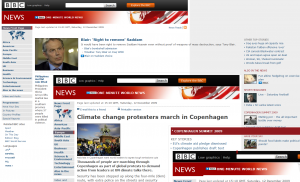 The power of bad includes

It seems that a looped include error has broken http://news.bbc.co.uk, creating repetitive nestings — or just a whole whack of emphasis on the Copenhagen climate change story which is self-included 5 times – no wonder the poor BBC Apache server reports “[an error occurred while processing this directive]” — seems that there is an incorrect citing or link… ho hum… happens to all of us 🙂

I’m sure it’ll be fixed soon (though the last update time points to either a serious error or a very slow news day Blair: ‘Right to remove’ Saddam is competing directly with the Climate change prosters march in Copenhagen story (which incidentally does not have a link on the page…) 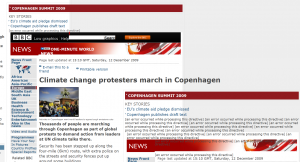 The server decries the bad code

Ah, the wonder of automation… I wonder what impact this has on twitter and news.google.com feeds?

Update: 9 minutes later, they fixed it 🙂